Are you at risk for an STD?

If you’re single and dating, you might be. Here’s why rates of some sexually transmitted diseases are on the rise — and how you can stay safe.

In the past couple of years, we’ve all been hyper-focused on the risks of catching or spreading COVID-19. The coronavirus has taken up so much mental energy that other highly transmissible diseases have fallen off our radar. As a result, you may not be aware that sexually transmitted diseases (STDs) have been steadily creeping up over the past 5 or so years.

From 2015 to 2019, cases of chlamydia in the U.S. rose 19%, gonorrhea cases jumped 56% and syphilis cases increased 74%, according to the Centers for Disease Control and Prevention (CDC).

If you’re sexually active and not in a monogamous relationship, those stats should be a wake-up call. STDs such as chlamydia, gonorrhea and syphilis are no joke, and they can lead to serious health problems. We asked experts to explain why this uptick might be happening and what you can do to stay safe.

How do people get STDs?

Sexually transmitted diseases are passed from one person to another during sex (via semen, vaginal fluid or blood). Both men and women can get infected.

There are more than 20 STDs. Chlamydia and gonorrhea are among the most common STDs, especially in young adults. Syphilis is on the rise among men who are gay or bisexual.

And the health risks are real. For example, untreated gonorrhea and chlamydia can cause pelvic inflammatory disease in women. That’s a condition that can impact fertility. For guys, gonorrhea can cause a painful condition in the tubes that lead to the testicles, according to the CDC. If you’re pregnant and contract an STD, you can even pass it along to your baby.

How has the pandemic affected STD rates in the U.S.?

The number of new cases declined during the early part of the pandemic, thanks to social distancing. It makes sense when you think about it: Single people were dating less (or not at all), which means fewer people were having sex with new partners.

But in general, public health experts are concerned that these common STDs are increasing again. Here are some of the reasons they’re worried:

People are not using condoms as frequently.

“We’ve been successful in getting women to adopt long-acting reversible contraceptives such as IUDs, implants and [the shot],” says Matthew Hoffman, MD. He’s the chair of obstetrics and gynecology at ChristianaCare in Newark, Delaware.

That’s a positive development. But it means that women are using condoms during sex less frequently — and for people who are sexually active, latex condoms used correctly are their best protection for reducing the risk of contracting most STDs.

You can order condoms from the Optum Store and have them delivered right to your door. Get started.

It’s easier than ever to hook up online.

“Our research found that more than 25% of syphilis cases and 11.8% of gonorrhea cases came from someone they met on the internet,” he says. “And 96% of people with gonorrhea and syphilis reported having sex without condoms.”

Patients are skipping their regular checkups.

There have been fewer in-person visits to health care providers during the pandemic. Patients avoided visits because they didn’t want to leave their home and risk exposure to COVID-19, according to a 2020 report by the Commonwealth Fund. The result? Routine screenings for STDs have dropped by 40%, says Dr. Hoffman. And unfortunately, sexually transmitted infections continued to spread.

Part of the problem is that gonorrhea, chlamydia and syphilis are often asymptomatic, at least in the earliest stages. That means that people who have these STDs may not realize it — and they can spread the infection if they don’t use condoms.

How you can stay safe from STDs

To protect yourself and your partner from any sexually transmitted disease, you should:

Use condoms every time you have sex unless you’re in a monogamous, committed relationship. “Recognize that the more sexual partners you have, the more at risk you are,” Dr. Melnick says. And that also goes for women who are on the pill or another form of hormonal birth control. To protect against STDs, you must use a condom as well.

Get screened for sexually transmitted infections. The U.S. Preventive Services Task Force (USPSTF) now recommends women get screened for chlamydia and gonorrhea if they are:

The USPSTF says there isn’t enough evidence to recommend routinely screening men for these infections.

Assess your screening-test options. At a doctor’s office or clinic, you can be screened for chlamydia and gonorrhea with a urine sample or a swab of the vagina. Testing for syphilis requires a blood test.

You can also buy a home test to screen for chlamydia or gonorrhea. These allow you to collect a swab in your bathroom and then send it to a lab for analysis. DIY tests typically cost $50 to $150 and can be purchased over the counter at a drugstore. “They offer an element of convenience,” Dr. Hoffman says. “Most of these tests are reliable. Just use one that’s FDA-approved.”

Get treated ASAP if you have an STD. If you test positive for any of these infections, you’ll need to get a prescription medication from your doctor to treat them. There has been a growing focus on an effective treatment for chlamydia and gonorrhea called expedited partner therapy (EPT). “People are not utilizing it to the full extent,” says Dr. Hoffman.

With this approach, doctors treat the sex partners of people who are diagnosed by providing prescription medication for the patient to give their partners. The partner doesn’t have to be examined by a health care provider first. Aside from stopping the spread of gonorrhea and chlamydia, EPT prevents you from passing infections back and forth between you.

Taking control of your sexual health is key for avoiding STDs. And when you’re not worried, sex might even be more fun. 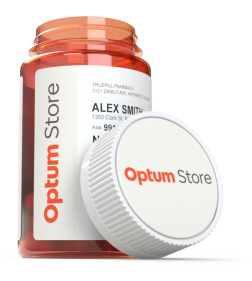 Are you spending too much on medication?

With prescriptions as low as $3 per month, you might be surprised at what you can save with the Optum Store.