What are the differences among psoriasis, eczema and rosacea? 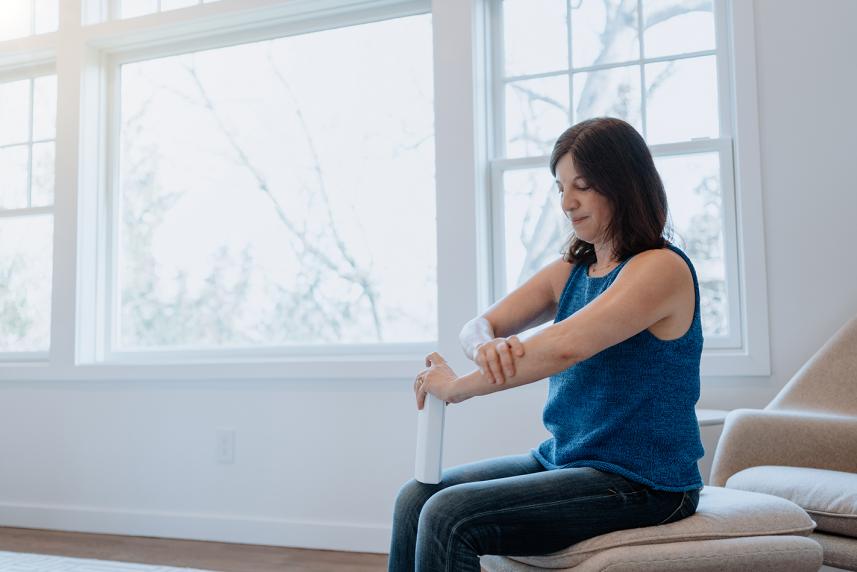 Here are the clues you need to tell these 3 itchy skin conditions apart.

Rosacea, eczema and psoriasis can all cause your skin to break out in itchy red bumps or patches. But even if you're good at researching symptoms online, it can be tough to know exactly which one you have.

These conditions all have some things in common. For example, they aren’t contagious, and they tend to run in families. But they do have different causes and treatments.

Here’s how to spot the differences among rosacea, eczema and psoriasis.

Rosacea is a common skin condition that typically appears on the face. It often starts as more frequent blushing or flushing. And it can show up as other signs and symptoms, including:

Symptoms can flare up for weeks or months and then disappear for a while, says the Mayo Clinic. While there’s no cure, there are definitely ways to manage it. Over time, some people with rosacea develop permanent redness around the center of their face.

Rosacea can happen to anyone at any age. But most people who get it are fair-skinned and between the ages of 30 and 50, says the American Academy of Dermatology (AAD). Women are also more likely than men to get rosacea.

Experts aren’t sure. But the AAD says it may be caused by a mix of genetic and environmental triggers. Common triggers can include:

Because sun exposure is the top trigger for rosacea, the AAD recommends that everyone (especially people with rosacea) practice sun safety. Try to avoid midday sun and wear broad-spectrum sunscreen with an SPF of 30 or higher every day. Your doctor may also recommend using gentle cleansers on skin with rosacea.

Laser and light-based treatments can be helpful in reducing or even eliminating redness. Many people also use a topical gel called brimonidine (Mirvaso®) or a cream called oxymetazoline that can reduce facial redness for up to 12 hours a day.

Sodium sulfacetamide (Ovace Plus®) can be used like a cleanser or lotion. And skin medications to help control rosacea-caused pimples include azelaic acid (Azelex®, Finacea®), metronidazole (Metrogel®), doxycycline (Okebo®, Avidoxy®) and ivermectin (Soolantra®).

If something is going on with your skin, you can schedule a virtual appointment with an Optum provider as soon as today — no insurance required. Get started.

Eczema is a common inflammatory skin condition. The most common type is called atopic dermatitis. In fact, 1 in 10 Americans have it, says the AAD. It usually appears as dry, very itchy skin that might ooze clear fluid if scratched.

The red to brownish-gray patches typically show up on the hands, feet, ankles, wrists, upper chest, eyelids, and the bends of the knees and elbows. Symptoms or flare-ups often come and go, sometimes disappearing for long stretches of time.

Eczema can show up at any age. But 90% of people with atopic dermatitis get it before age 5, according to a 2020 review published in the journal American Family Physician. Many people outgrow eczema in childhood, Dr. Lal says. But “factors such as family eczema history, history of asthma and history of seasonal allergies may indicate if someone is more likely to have chronic eczema.”

There’s no one specific thing, says the AAD. Instead, it’s a complex condition caused by a combination of genetics and environmental triggers. Triggers can include:

Some people with eczema also have a mutation in the gene that creates a protective layer on the top of the skin. Because the skin is not as well protected, it’s more open to infection.

Prevention is a large part of treatment. Keeping the skin hydrated with creams and ointments is important. “Liberal and frequent use of moisturizers is key to preventing flares,” Dr. Lal says. As is taking short showers and baths and using scent-free and mild soaps. Your doctor may also recommend an anti-itch cream such as hydrocortisone.

If these steps don’t help, there are prescription medications to try. Options include corticosteroid creams or ointments. Or, in more severe cases, an oral corticosteroid such as prednisone. Psoriasis is a disease that causes red, scaly, sore or itchy patches to form on the skin. They often show up on the elbows, knees, scalp, back, palms and feet. It’s an autoimmune disease. That means the body’s immune system overreacts and attacks tissues in the body. And this causes the skin to grow too quickly. Different types of psoriasis can also cause swollen, painful joints. Discoloration of the fingernails and toenails is also a possibility.

Psoriasis and eczema often look similar. But psoriasis skin patches are usually thicker and have more dry scaling, and they don’t leak fluid, according to the Cleveland Clinic. “The psoriasis rash is also often very sharply cut off from the uninvolved skin,” says Adam Friedman, MD. Dr. Friedman is chair of dermatology at the George Washington University School of Medicine & Health Sciences in Washington, D.C.

Like rosacea and eczema, psoriasis tends to run in families. You can get it at any age. But most people who get psoriasis are between the ages of 15 and 35, according to the American Academy of Family Physicians.

Why the immune system overreacts isn’t clear. It’s thought that people inherit genetic factors that make them more likely to have the condition. And then an event or exposure triggers it. According to the Mayo Clinic, common psoriasis triggers include:

The goal of treatment is to slow down the growth of skin cells. One option is medicinal gels, creams and ointments. That can include corticosteroids such as clobetasol (Temovate®). Some people also use repeated light-therapy treatments. Or they take synthetic forms of vitamin D, such as calcitriol (Vectical®).

People with severe psoriasis might take medications such as methotrexate (Trexall®) that turn off inflammation. Others might take biologics, which are medications that target the immune system. Common biologics for psoriasis include etanercept (Enbrel®) and adalimumab (Humira®).

What else can you do to combat the itchiness? The AAD recommends keeping showers and baths short and using moisturizers and anti-itch products such as menthol or camphor.

These itchy conditions can seem similar. But the way they’re treated can be very different. When in doubt, talk to your doctor. The sooner you do, the sooner you can find relief. 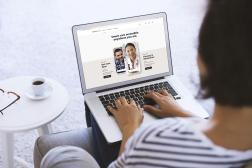 Total care for your mind and body

Refill medications, schedule a virtual visit, or shop for health essentials all from the comfort of home.