The facts you need to know about fertility tests 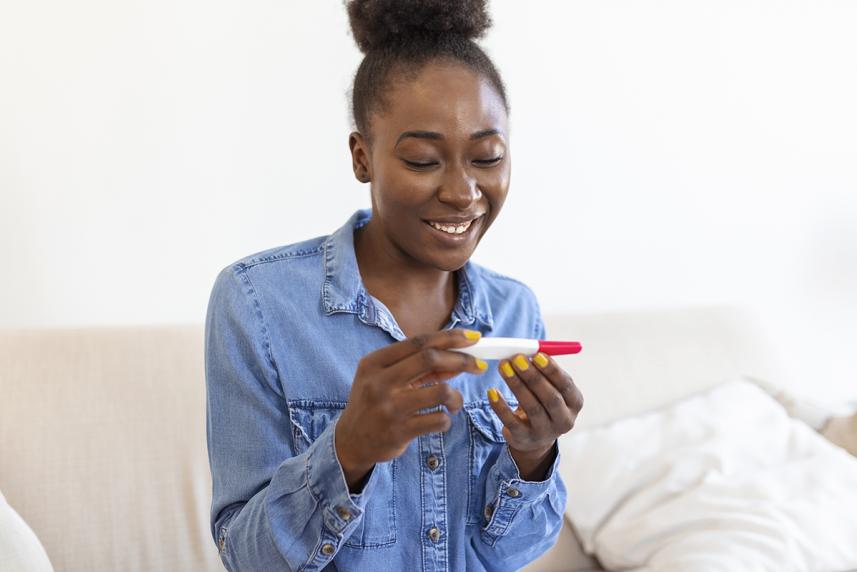 Trying for a baby? Tracking your fertile days may help you get pregnant.

If you’re trying to conceive, an over-the-counter (OTC) ovulation test may raise your chances. This kit can help you figure out your most fertile days. These are the days you’re more likely to get pregnant and definitely want to be having sex.

So how do ovulation trackers work? Learn how they can help when you’re trying for a baby — and what to look for when you stock up at the drugstore.

Why should you track ovulation?

Were you taught in sex ed class that women can get pregnant any day of the month? This is often not the case. You can conceive only when there’s an egg to be fertilized by sperm. And that happens only during ovulation.

Ovulation is the release of an egg from a woman’s ovary. This typically happens in the middle of your menstrual cycle. Once the egg is released, it moves down to the fallopian tube, which connects the ovary to the uterus. It stays there for 12 to 24 hours to be fertilized, according to the Mayo Clinic.

Knowing when you ovulate can help you figure out when to have sex. This raises your chances of getting pregnant. Fertility test kits may help determine what days you are ovulating. (They are also known as ovulation predictor tests.)

“For someone who’s motivated to get pregnant, the best way is to identify the days they’re fertile, which is a couple of days before and after ovulation,” says Michael Tahery, MD. He’s an OB-GYN in Los Angeles.

Trying to conceive? You can buy ovulation tests at the Optum Store and have them shipped directly to your door.

How do OTC ovulation trackers work? Why should you track ovulation?

OTC ovulation tests detect a hormone in your urine. It’s known as luteinizing hormone, or LH. And it reaches its highest level just before you ovulate.

Once LH surges, your ovulation test will show a positive result. That means you can expect to ovulate within 24 to 48 hours, says Ashley Margeson. She’s a naturopathic doctor in Nova Scotia, Canada.

One thing to keep in mind about ovulation trackers: They can’t officially tell you if you released an egg. The device only detects when LH levels are high. “There’s no way to tell if you released an egg when the hormone surged, so just because you technically ovulated doesn’t mean there’s an egg there,” Margeson says. The main benefit of ovulation test kits is that they take away some of the guesswork of figuring out your fertile window.

You should be aware of a condition called anovulation. This means your menstrual cycle may appear normal, but an egg was not released. If everything seems normal on your tracker, but you’re still not getting pregnant, talk to your OB-GYN.

When is your fertile window?

Your fertile window begins 48 to 72 hours before ovulation. And it ends about 2 to 3 days after ovulation. So the best time to start having sex is right before you get a positive result from your ovulation test, Margeson says. Or just before your LH surges.

Sperm can survive in a woman’s reproductive tract for 72 hours, so there’s a good chance that the sperm and egg will meet during your ovulation window, she adds.

Here are some guidelines to remember:

Pay attention to timing. You want to start testing a few days before you expect to ovulate. Is your cycle normally 28 days? You’d start on the 11th day of your cycle (11 days after your period starts), per the National Library of Medicine.

Keep records. Make a note of positive result dates in an app or a calendar for future use. For example, if your LH surges on Day 14 of your cycle, you should probably start having sex on Day 13. Then try again on Days 15 and 17.

Understand your body. For some women, LH levels may pulsate or even stay high until their next menstrual cycle begins, according to Margeson. So you might get a positive result even if you’ve already ovulated. That’s why it’s important to begin testing before you expect to ovulate and test daily until you get a positive result.

Which fertility tracker is for you?

There are many ovulation test kits on the market. They all mainly do the same thing. But some have more bells and whistles, says Dr. Tahery.

Cheaper kits come with test strips or sticks that you place into an analyzing device, which you then urinate on. You can read the results directly on the device window. The results may appear digitally or as dark lines on the test strip.

Higher-tech kits are pricier. And they can tell you further in advance when to expect your hormone surge. Some even store your past cycle information and tell you which days you should test.

Choosing an ovulation tracker is a matter of your budget and preferences. That said, Margeson suggests starting with cheaper ovulation kits. “If you use one for a couple of months without success, it might be worth investing in one of the more detailed ovulation trackers,” she adds.

Check with your doctor to see if fertility trackers are right for you. 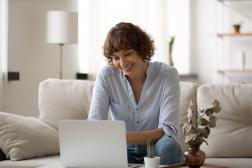 Find all your health essentials at the Optum Store

We carry a range of HSA- and FSA-eligible products, including over-the-counter medications, medical devices and more. And you can have it all delivered to your door.