Can you pass this sexual health quiz? 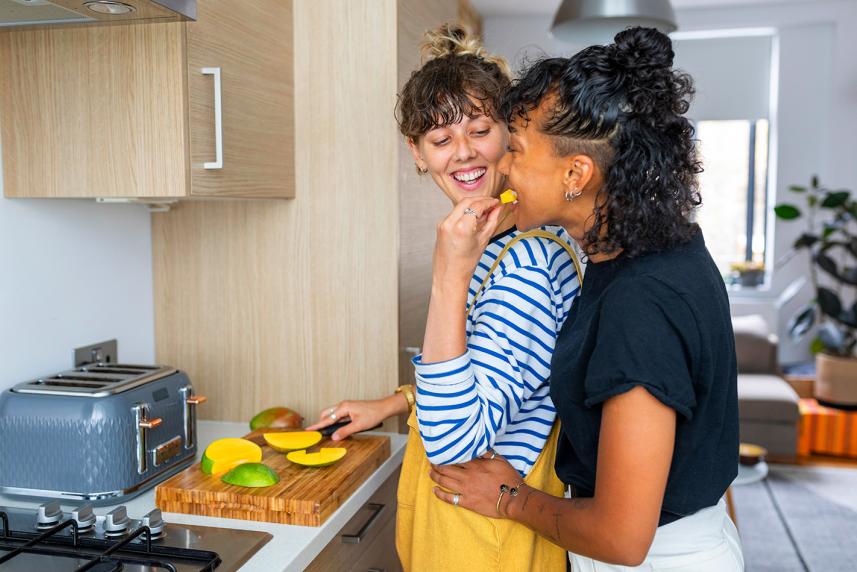 Safe sex starts with knowledge. Answer these questions to see how much you know.

You already know that sex comes with a certain degree of risk. It could result in pregnancy, for starters. And it could also lead to an unwanted virus, fungus or bacteria. Roughly 20 million new sexually transmitted infections (STIs) occur in the U.S. every year, according to the Centers for Disease Control and Prevention (CDC).

What’s your best defense? Knowledge. It’s important to be educated about sexual health, says Maureen Whelihan, MD, a gynecologist in Palm Beach County, Florida. “But you should not focus on the risks of STIs to the point where you would avoid sexual intimacy, which is an integral part of wellness.”

Dr. Whelihan recommends that you familiarize yourself with the risk so you can build a strategy for managing it. And you can begin right here, with this quiz on sexual health.

Don’t worry if you answer some questions incorrectly. After all — you’re here to learn.

(Before you finish the quiz, download our mobile app. You can use it to save up to 80% on prescription medication.)

Latex is the most common material used in condoms, says Dr. Whelihan. But it doesn’t stand up to oil-based lubricants. Using anything with petroleum jelly, baby oil, coconut oil or mineral oil can increase the risk of breakage, according to the Mayo Clinic. So if you’re using a condom, stick with silicone- or water-based lubes.

There is, of course, an exception to the rule. People who are allergic to latex may use polyurethane condoms instead. In this case, oil-based lubricants are safe, says the CDC.

(Ever wondered what it would be like to take medication for erectile dysfunction? We asked a real guy to walk us through his experience with Viagra®.)

2. Which of these is the most effective form of contraception?

An IUD is a device that your nurse practitioner or doctor places into your uterus. You can have it taken out at any time, but if you choose not to, it will last for years.

The primary benefit of IUDs, according to Planned Parenthood, is that they leave little room for human error. People can use condoms incorrectly or forget to take pills. But once an IUD is in, it’s in.

Because of that, fewer than 1 in 100 women with IUDs become pregnant each year, according to the American College of Obstetricians and Gynecologists. Women who count birth control pills as their primary contraceptive don’t fare as well. About 9% become pregnant. With diaphragms, it’s 12%, and with condoms, it’s 18%.

That’s not to say pills, diaphragms and condoms aren’t reliable. They’re just more prone to error, says Mary Jane Minkin, MD. She’s a clinical professor in the department of obstetrics, gynecology and reproductive sciences at the Yale School of Medicine.

Take diaphragms, she says: “If a woman uses it properly every time she has sex, it can be very effective. But this means inserting it an hour before having sex and keeping it in for 6 to 8 hours after sex. We’re human, so we don’t always follow the directions to a T.”

“HPV is far and away the most common sexually transmitted infection in the U.S.,” Dr. Minkin says. In fact, about 79 million Americans are currently infected, according to the Cleveland Clinic.

But just because you have HPV doesn’t necessarily mean your cancer risk is elevated. Most strains pose no serious risk to your health, according to NYU Langone Health. But even non-carcinogenic strains can cause genital warts, which can be uncomfortable or embarrassing. In 90% of cases, the infection will go away or drop to an undetectable level within 2 years, notes the hospital. (Here’s how to get tested and treated for an STI even if you don’t have insurance.)

Fortunately, you can avoid this problem: There is an HPV vaccine available. The CDC recommends that children and young adults receive it between the ages of 9 and 26. If you’re older than 26, you and your doctor can discuss whether you need the vaccine.

4. Which STIs does a routine Pap smear screen for?

D. None of the above

A Pap smear does not routinely test for STIs. Rather, it collects cells from your cervix and examines them for changes caused by HPV. This can help detect cancer. But the test does not look for HPV itself. You could have no signs of cervical cancer but still have HPV — or any other STI, for that matter.

If you’re concerned about STIs, let your gynecologist know before your Pap smear, says Dr. Minkin. The 2 of you can discuss your sexual history and decide which STIs it makes sense to screen for alongside the exam.

Recommended reading: Sneaky causes of yeast infections that nobody talks about 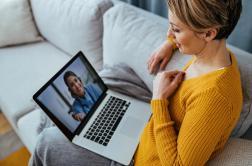 You can access our national network of licensed mental health professionals — no insurance required. Plus, you can choose from a range of subscription plans and even get medication if necessary.

5. How long can people expect to live after contracting HIV (human immunodeficiency virus)?

In the early days of the AIDS epidemic, people typically lived only 1 or 2 years beyond an AIDS or HIV diagnosis, according to the U.S. Department of Health & Human Services. But thanks to advancements in treatment, people diagnosed with HIV today can live nearly as long as those without the disease.

One recent study found that from 2011 to 2016, HIV-positive people undergoing antiretroviral therapy (ART) for HIV lived just 6.8 years less than people without HIV. However, the HIV-positive people in the study were more likely to experience other health problems, such as diabetes, liver disease or cardiovascular disease.

Still, the progress has been impressive. And as a result, more than half the people living with HIV today are over the age of 50, according to the CDC.

6. Which 2 STIs can be transmitted via the skin?

Answer: A and C

To contract HIV or gonorrhea, you must have direct contact with body fluids. But that’s not true of all STDs. “If a guy has genital warts and he uses a condom, he can still transmit syphilis or HPV to [his partner] because the entire genital area would not be covered with a condom,” Dr. Minkin says. The same holds true with herpes sores. If someone has them in an area not covered by a condom, the STI can transfer during sex.

That said, condoms (excluding lambskin) are still the best way to prevent STIs. The skin-to-skin STIs most likely to get past latex are also the least likely to cause serious health problems, says Planned Parenthood. If you’re regularly tested for STIs, you’ll be able to detect them early and, in most cases, manage them easily with medication.

The bottom line is to be safe to keep your risk low. Follow best practices around protection and testing, and limit your sexual partners to people you know and trust. Do that and you’ll enjoy the benefits of a healthy sex life.

(And don’t forget: If you ever need to fill a prescription, Optum Perks can help reduce the cost. Print out our discount card and keep it in your wallet. Then just present it to the pharmacist as you pick up your medication.)